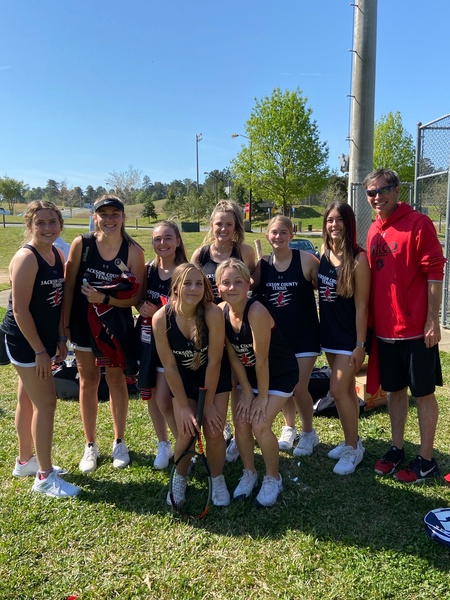 The Lady Panthers came up just short in their bid for state this year. The day began with Clarke Central earning a 6-0, 6-0 victory at line one singles over Lizzie Ivey to put them up 1-0. Then, at one doubles, Emily King and Ansley Herrin tied the match 1-1 with a 6-1, 6-4 win. The remaining matches would be a tough fight to the finish. At two doubles, Clarke Central went up 2-1 with a 7-6 (8-6), 6-4 victory over Hanna Lee and Sydney Gordon — the match was so close and could have truly gone either way. Then, Clarke Central finished the match with a 3-1 victory at two singles where their player beat Emma Uesseler in three sets 4-6, 6-1, 6-3 to end our playoff hopes. The girls fought hard and have a bright future going forward with only one senior starter on the team.

Sectional Meet
7:30 am
View All Events