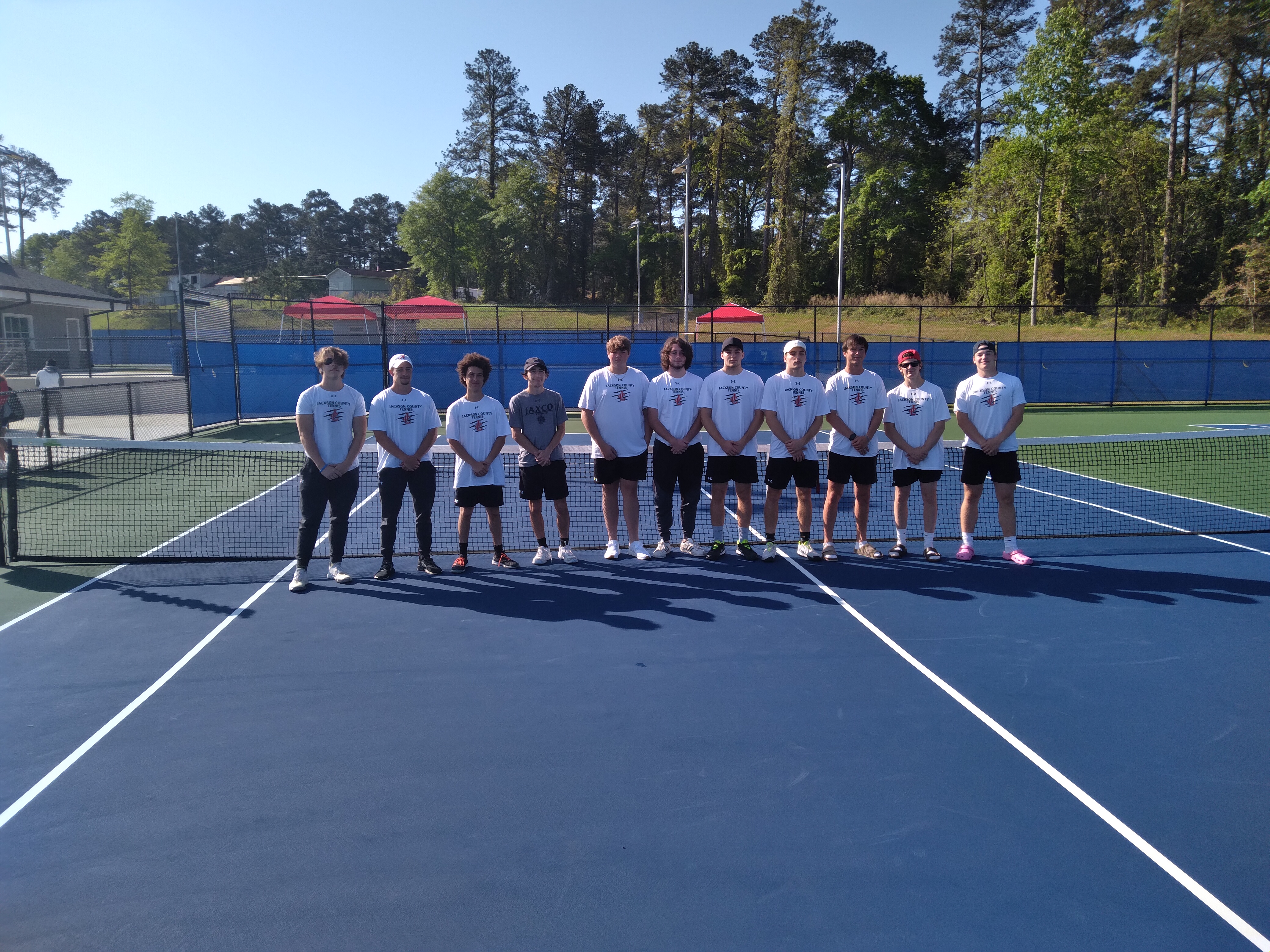 Boys earned their fourth straight trip to the region title game with victories over Apalachee and Clarke Central yesterday. Against Apalachee in the first round, we started the day 1-0 already with a forfeit at line three singles, making Bailey Hamm the winner of that match. So, we only needed two more victories to claim a spot in the semi-finals. Our second victory in the match came when Kade Graves won 6-0, 6-0 at line one where he tied the school record for most victories with 58, giving us a 2-0 lead. Drake Tatar sealed the victory 6-0, 6-0 at two singles, pushing us to a 3-0 victory. Both doubles were winning 6-1, 4-1 when we pulled them off the court after earning the 3-0 win.
In the semi-finals, we faced Clarke Central and beat them 3-1. We earned our first victory at line one singles where Kade Graves won 6-0, 6-0 to claim the all-time school record with a 59-6 career record, giving us a 1-0 lead. Our next victory came at two doubles where Bo Reeves and Garrett Julian won 6-0, 6-0 to give us a 2-0 lead. Clarke Central earned their way onto the board with a 6-4, 6-2 victory over Xander Julian and Conrad Satkfoksky at one doubles to close the gap 2-1. However, Drake Tatar, then, sealed our victory at two singles with a 6-2, 6-3 victory to give us the 3-1 win. At three singles, Bailey Hamm was tied 6-6 but leading in the first set tiebreaker 4-3 when the match was called after we had won 3-1. We play Greenbrier for the region title.