The Jackson County football team played their first game of the season against West Hall. Towards the start of the game the first touchdown for the Panthers was completed by senior Bo Reeves from a pass by junior Connor Bejin. With the first touchdown of the season Bo said, “the first touchdown felt great, it really got the energy going for the offense which is what we needed.” By the end of the first quarter the score was 7-0 with the panthers in the lead. The team was excited the season was off to a great start, showing everyone how hard they have 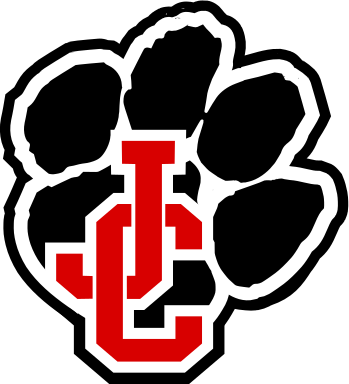 worked over the summer.

At the start of the second quarter the West Hall Spartans completed two safeties to make the score 7-4 with the Panthers still in the lead. The Sparatans then made two touchdowns making the score 18-7 with the Spartans in the lead. The Panthers didn’t give up though, and they got a touchdown made by junior Tre Ransom. Throughout the game Tre Ransom had a spectacular rushing game and he attributes that to, “practicing and just working hard everyday and going 100% in the weight room.” The Panthers tried for two extra points but it was incomplete, making the score at the end of the half 18-13 with the West Hall Spartans ahead.

After half time the Panthers were determined to win and senior Bo Reeves scored a touchdown the score was 20-18 Panthers. The team tried to kick for the extra point but it was no good. The Panthers then scored another touchdown made by  junior Connor Bejin, they missed the extra point but were still in the lead with a score of 26-18. Connor Bejin shared how it felt to make a comeback after being down he said, “it felt really great that we came together as a team to get that win that we fought hard for.”

In the fourth quarter the Spartans tried to score multiple times but junior Caden Alford had some huge tackles to prevent West Hall from scoring. Caden prepared for the game against West Hall by, “lots of hydration and rest.” He also thought “the coaches did a great job preparing ‘them’ for the game.” The final score was 26-18, a win for the Panthers and a great start to the season. Coach Baxter gave insight to how it felt to win the first game of the season, he said, “getting that first win is always a big deal. We had great team effort in all three phases of the game” and “a lot of guys stepped up.” The Panthers fought hard for the win and Coach Baxter said that he was “so proud of ‘their’ hustle”. Hopefully, the Panthers keep the momentum going for the next game against Stephens County Friday, September 18th.